... OR ELSE TALKING ABOUT USEFUL SILICON.

The computer in my atelier gradually stopped working after ten years of hard service. Insufficient cooling of the processor was to blame, as the plastic frame to which the heatsink was attached cracked. The upper part of the heat sink base then gradually moved away from the processor due to gravity, thus dissipating less and less heat. Which is fatal for semiconductors after exceeding certain temperatures.

I build computers myself, exactly according to my needs and requirements. Because I have been asked many times, which computer is suitable for editing of photographs, I now present the complete parameters of the new machine, always with a brief comment. 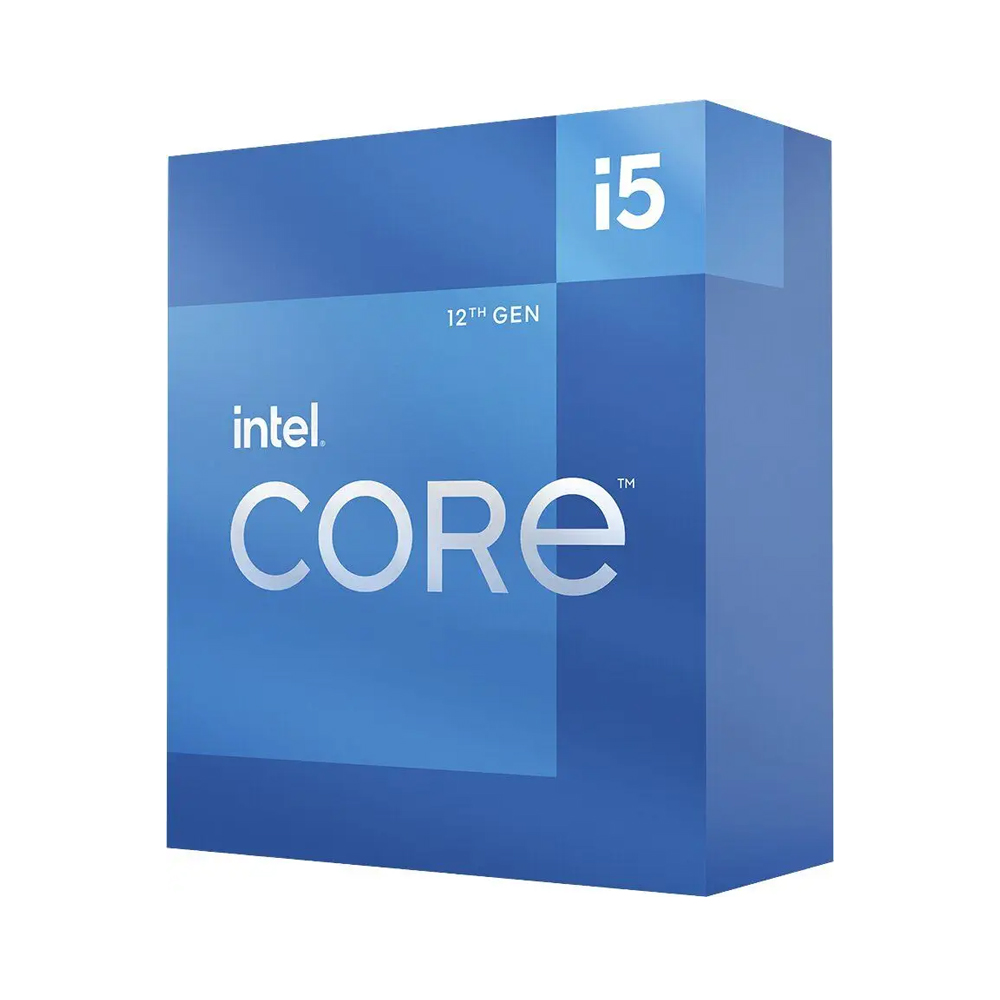 PROCESSOR.
Based on (not only) my experience, I can recommend Intel processors. I have been using them my whole life and it has never occurred to me that anyone was wrong. For photography doesn't need to be too powerful, on the contrary, you won't use its capabilities and you'll have to cool down unnecessarily, not to mention electricity consumption. The heart of the new machine is the Intel Core i5-12600K. It is a processor of the 12th, last generation Alder Lake S. 10 cores, 16 threads, frequency almost 5GHz, which at a lower power requirement drops to the basic 3.7GHz and thus reduces the demands on cooling and power supply. The processor has an integrated graphics Intel UHD Graphics 770, supports PCIe 5.0, DDR5, has an unlocked multiplier, so it can be overclocked, of course virtualization or HyperThreading. 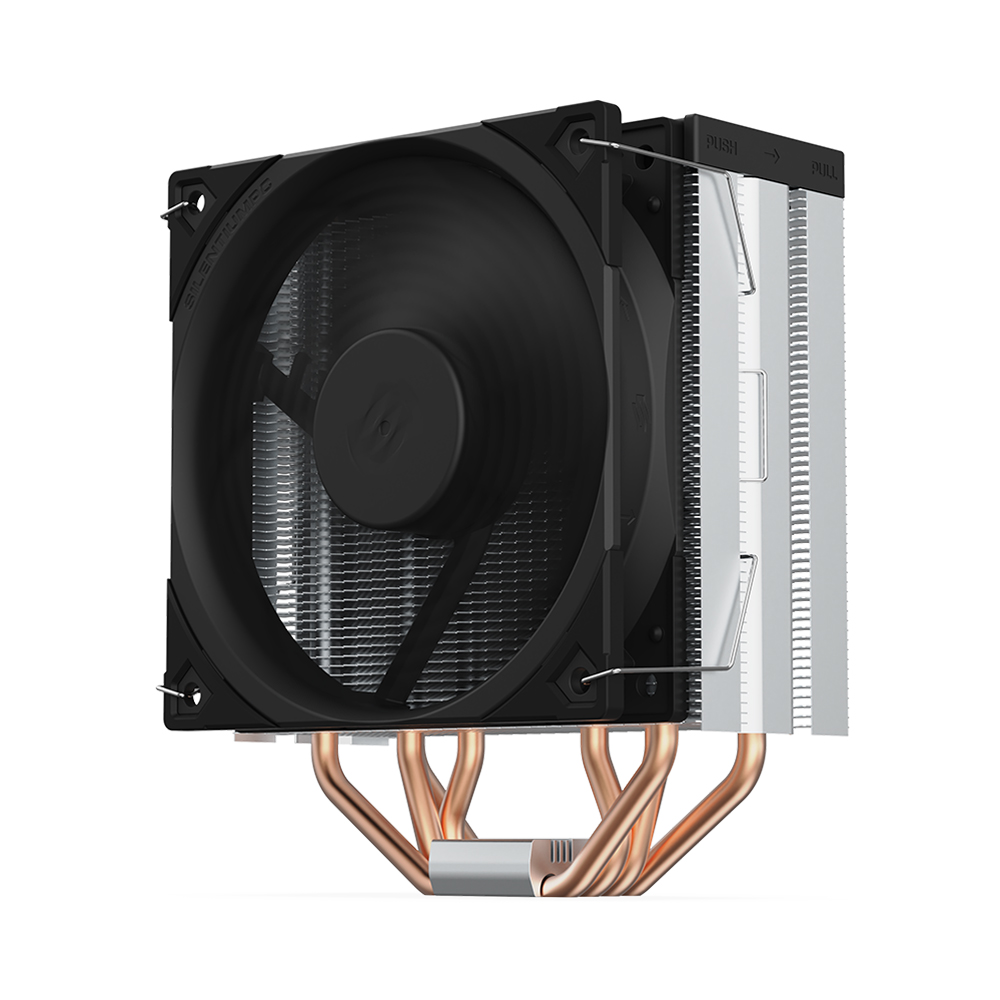 PROCESSOR COOLING.
A powerful processor requires efficient cooling. The basis is, of course, the best possible contact of the processor with the cooler base and heat pipes, but also an often unjustly neglected parameter - the size of the cooler itself. Simply put, the larger a piece of metal we place on a heat source, the better it will cool, even passively. My new cooler is one, that many people have returned because it just didn't fit in their case. However, because my case is a bit bigger, the monster fit. It is a SilentiumPC Fera 5. Powerful cooler, developed in collaboration with Synergy Cooling, has four heat pipes, forming directly the base of the cooler (the tube lies directly on the processor) in combination with a new 12cm Fluctus 120PWM fan with improved bearing and quiet operation, thanks to the toothed trailing edges of the blades. If one fan is not enough, the other can be easily connected, you will find the necessary parts in the box and the power cord has a loose plug. Due to the specific shape of the heat pipes, the cooler cannot be placed on some motherboards with LGA 1700 socket, details can be found on the manufacturer's website. MOTHERBOARD.
As follows from the above, the type of motherboard was already predetermined by two parameters: Intel LGA1700 socket and the possibility of placing a SilentiumPC Fera 5. Due to the good price-performance ratio, I chose the Micro Star International (MSI) board marked PRO-Z690-A WIFI. A detailed description of this motherboard would be published in a separate article, briefly only: PCI Express 5.0, DDR5 6400MHz 128GB, SATA III, M2, USB 3.2 Gen 2x2 20Gbps, Bluetooth 5.2, WiFi 6E 6GHz, 7.1 channel sound card, RAID 0, 5 and 10, etc. Compatibility with Windows 11 is a matter of course. 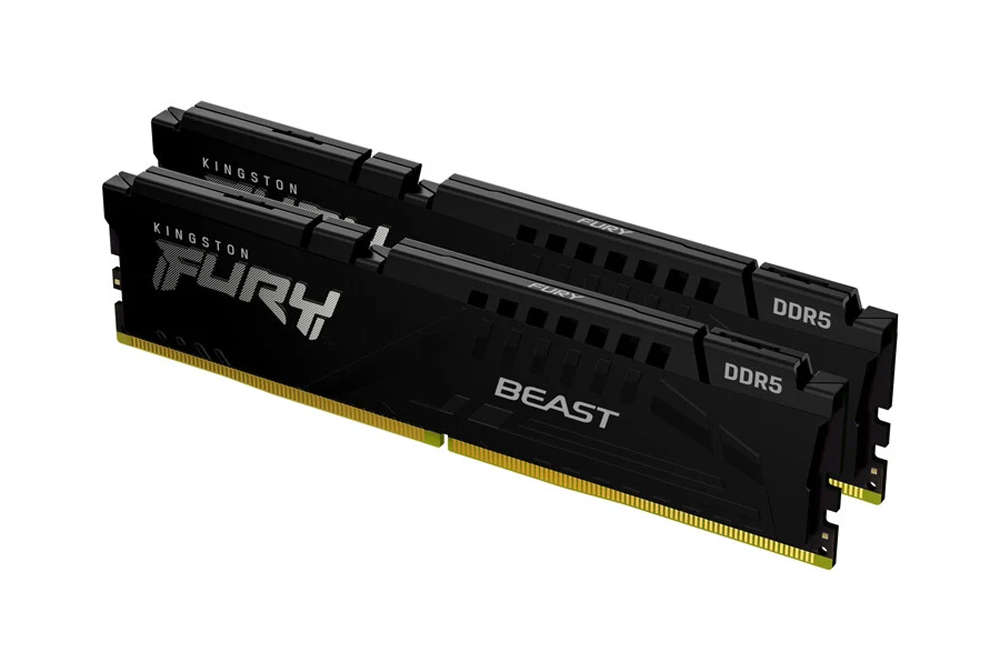 RAM MEMORY.
The previous computer had 16GB of RAM, the new one received twice as much, 32GB. Since the motherboard can handle even very powerful modules, I opted for two DDR5 16GB modules operating at 6000MHz. The excellent DIMM is now manufactured by Kingston, so we can find modules of this company in the computer, suggestively called Fury Beast, designed not only for work, but also for demanding current computer games. Since I don't need fury or beasts to create my photographs, both modules are more or less resting, cooled by a stream of air from the inlet fans, sucked in by a nearby Fluctus on the processor cooler. And because there are only two modules and therefore they are not oppressed, they will do very well here. GRAPHIC CARD.
The graphics card has remained the same and is probably the most likely candidate for an early replacement. The lifespan of its Military Class capacitors is ten years, which is right now. In addition, its parameters are no longer enough for some current programs, such as the latest version of Capture One Pro, with hardware acceleration enabled, refused to run and it was therefore necessary to turn off the use of OpenCL in this program. I can recommend NVIDIA, so the MSI N550GTX-Ti 1GB GDDR5 card is equipped with this brand's processor and cooled by the excellent MSI Cyclone II cooler. Other advantages include NVIDIA PhysX, NVIDIA Pure Video HD and NVIDIA CUDA technology. NEW GRAPHICS CARD.
July 20, 2022.
I didn't want to wait for the original graphics card to fail. Not only for the unpleasant sudden blackening of the monitor and interruption of work, but above all due to the possibility of damage to other components. In addition, the first signs of something amiss have already begun to appear. By regularly checking, that everything was working as it should, I was able to catch them in time.

The new graphics card is fitted with an Nvidia RTX 3060 Ampere processor. It's Gigabyte GeForce RTX 3060 EAGLE 12G. Briefly – 12 GB GDDR6 (15 000 MHz), Nvidia GeForce Ampere (GA106, 1320 MHz), boost 1777 MHz, PCI Express x16 4.0, 192 Bit, DisplayPort 1.4a, HDMI 2.1, LHR, cooling system Windforce. All parameters can be set using the Gigabyte Aorus Engine software. The cooling is very effective, for photography editing purposes both 10 cm propellers would practically not need to run, but the processor temperature of around 40 °C is unnecessarily high. Using the adjusted control curve, I reduce it to 32 - 35 °C by regularly turning on the fans. They are very quiet, practically inaudible. To reduce turbulence and increase air pressure, they rotate contra, can also change the direction of rotation. The cover of the card allows air to pass through the ribbing at the right part, the copper heat-conducting tubes lie directly on the processor. The card is equipped with a fully adjustable RGB Fusion backlight, which I turned off due to the opaque case. 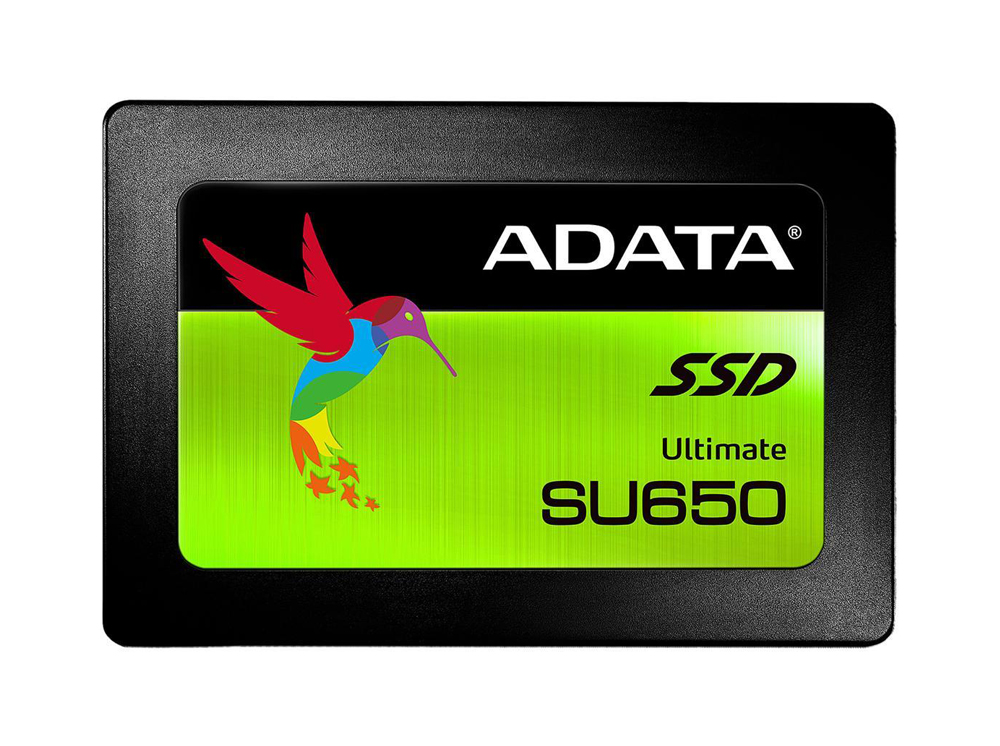 HARD DISCS.
The basis for reliable operation of the operating system is a fast, high-quality SSD disk. Since January of this year, I have been using the ADATA model Ultimate SU650 SSD 480GB. The disk has a TLC (Triple-Level Cell) design, a read speed of 520MB/s, a write speed of 450MB/s and a lifespan of 280TBW. The cabinet also has a Western Digital 1TB data disc and a Western Digital 0.5TB cache disc. Western Digital 2TB is connected as external via USB 3.2.

CASE AND POWER SOURCE.
As I mentioned, the case is a bit larger. This is advantageous both for easy access to the components and for efficient and at the same time non-disruptive cooling, where the fans can operate at lower speeds and therefore quieter. The all-metal ZALMAN GS1000 Plus case weighs (empty, unoccupied) almost 16kg and is designed for the construction of powerful workstations and servers. It has preparation for water cooling. Discs are placed only in the drawers, large motherboards and graphics cards with powerful coolers can be used, install fans for input, output, ceiling, bottom, ...

The power source also remained original and, unlike a graphics card, should not be in the middle of its stated medium-term life after ten years of hard work. It is a 600W Corsair CX600V2. It is designed for powerful assemblies with multi-core processors and powerful graphics cards. Its efficiency is 85% and the highest current consumption is 40A. 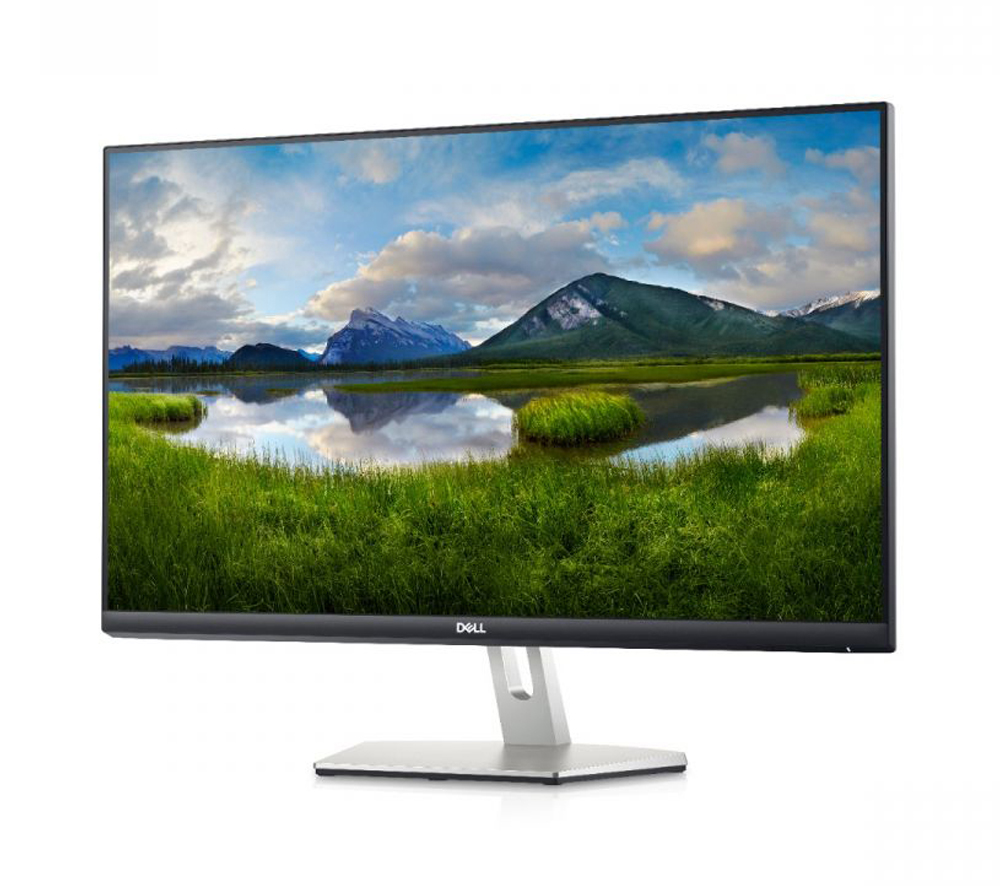 MONITOR.
Previously, I was convinced that without a monitor unable to work in the AdobeRGB color space, it was not possible to seriously create. There's something about it, you see the colors in the beautiful tones, but ... only you can see them. Most people have monitors that display far from the entire sRGB space, so they see many colors less saturated and clear (not to mention calibration). That's why, after my previous professional DELL Ultrasharp 27 "monitor had reached the end of its service life, I decided to buy a high-quality, but completely standard 27" DELL S2721D monitor. It has a gamut of only 100% sRGB, so I still see what most people do. On the other hand, I sometimes miss the inspiring extended AdobeRGB tones, so the originally planned 27 "EIZO Color Edge is still quietly planned for the future ...

KEYBOARD.
If you type more, be sure to get an so-called ergonomic keyboard. I have been using the Microsoft 4000 Ergonomic Keyboard for years, to which, at first, those who are not used to it will not write anything at all. After a while, however, he finds that the natural position of his wrist is so pleasant, that he doesn't even want to return to the pointlessly straight keyboard. But when it is so cheap to produce, that the manufacturers still force it on us under various pretexts. That is why Microsoft, as part of its absurdly stupid decisions (e. g. Windows 10 are the last system for classic computers, everything will be touch ... oh, hurry, Windows 11!) has stopped production and there is no direct replacement yet. I have another brand new one in stock and when it stops working, the Logitech Ergo K860 Wireless Split Keyboard seems to me to be the best so far. Microsoft Sculpt Ergonomic Desktop Wireless is very nice, but a separate numeric keypad probably wouldn't suit me. MOUSE.
My favorite mouse is wireless, it has a heavy, big metal wheel, that can be switched to a smooth rotation not only via the button, but also by a quick spin, after which it automatically switches back. In addition, with very long battery life, another metal side wheel (rather a roller) and a number of programmable functions. Don't you know any of them? Error. The current generation is called the Logitech MX Master 3 and the mentioned wheel is now locked in individual positions, no longer mechanically, but electromagnetically, which initially causes a special tactile response, but later very addictive.

And that's all from equipment, ie hardware. As for programs, ie software, I develop RAW photographs in Adobe Photoshop Lightroom Classic and Capture One Pro. Photographs, exported as TIFF in the ProPhotoRGB color space and 48-bit color depth, are further edited in Adobe Photoshop CS6. The latest versions, although available, have not convinced me much yet.

The operating system is Windows 10 Pro, I was probably one of the last to switch from Windows 7 Pro and I really didn't want to.

So much for the computer. In the end, the well-known saying about fire comes to mind, which applies equally to silicon machines: a good servant, but a bad lord. The computer is a very capable and useful tool for artistic creation. No, and by no means a goal, as has happened to many people. On the other hand, neglecting its maintenance is also not good, which is (or perhaps already has been) a bit of my problem. Therefore, I wish that the computers would serve well and at the same time remain only helpers, not the rulers of your feeling and creative inspiration in creating increasingly impressive photographs. Perhaps this brief, somewhat too technical article will help you a little.

►To the beginning of the article.
►Overview of all articles.
►Homepage.
►Site Map.